The Lower Shore has carved a distinct culinary niche over the last few centuries. Mixing a blend of influences from English, Native American, African American and other ethnic groups, the region offers food reflecting this varied heritage. Truly the words, "The Land of Pleasant Living" stretch into her abundance of food resources. Taste traditional foods at local restaurants or purchase local food in small town markets. Seafood is the culinary centerpiece of the Eastern Shore.

Order some crabcakes or clam fritters, served by many local restaurants. Expect to find fresh tuna, drumfish, raw oysters or muskrat on local menus. Wild ducks and geese stewed with dumplings have been served on Sundays for generations. Other seasonal delights are strawberries, peaches, corn and tomatoes. As the birthplace of the broiler industry, this region is one of the largest poultry-producing areas in the United States. A tasty variety of Eastern Shore cooking is best exemplified at the many festivals celebrating the region's bountiful seafood, agriculture or colorful lifestyles. They offer a culinary experience you will not soon forget.

Catch your own crabs, clams, or fish and have a cookout. All you need is some steamed corn, greens and Maryland fried chicken.


Sample some of the best seafood in Maryland at the J. Millard Tawes Annual Crab and Clambake held each July in Crisfield, or visit the annual Muskrat Dinner, held each spring in the town of Bivalve.

You may be thinking about the holiday season and gift giving and we can’t think of a better gift than the Smith Island Cake.  The Smith Island cake is Maryland's state dessert.  We’re breaking down everything from how this culinary tradition got started to what flavors they come in, where to buy one and even how to make one if you are so inclined. Thank you Somerset County Tourism for creating this handy guide! 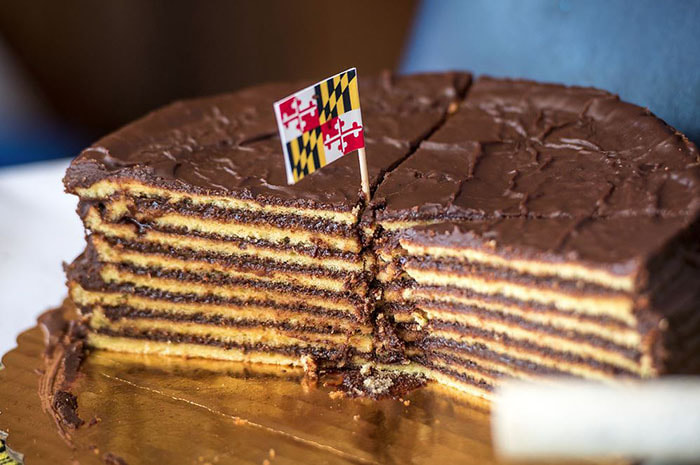 One Family's History of the Smith Island Cake 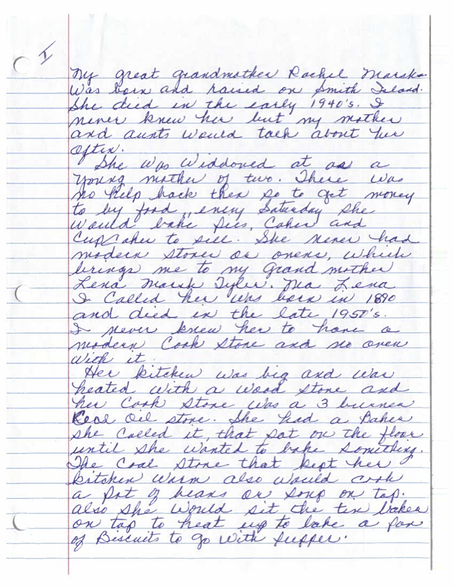 ​​      My great grandmother Rachel Marsh was born and raised on Smith Island. She died in the early 1940’s. I never knew her, but my mother and aunts would talk about her after.
She was widowed at as a young mother of two. There was no help back then so to get money to by(sp) food, every Saturday she would bake pies, cakes, and cupcakes to sell. She never had modern stoves or overs, which brings me to my grandmother Lena Marsh Tyler. Ma Lena, I called her, was born in 1890 and died in the late 1950’s. I never knew her to have a modern cook stove and no oven with it.

​      Her kitchen was big and was heated with a wood stove and her cook stove was a 3-burner coal oil stove. She had a baker she called it, that pot on the floor until she wanted to bake something. The coal stove that kept her kitchen warm also would cook a pot of beans or soup on top. Also she would sit the tin baker on top to heat up to bake a pan of biscuits to go with supper.

​      She also used that tin baker to bake her cakes in of course they did not have cakes often, only on holidays. My aunt said every Christmas she would make a chocolate walnut cake. And they are good. They would make no more than six layers. Not until in later years were more layers added. The bakers only had one rack, so baking a cake back then was very time consuming being able to bake 1 layer at a time. No one really knows the origin of these cakes but I’m sure the method they had back then had something to do with it. I’ve read and heard of other places having these layer, but Smith Island kept to the tradition to this day. There are a lot of flavors of cake, btu the yellow cake with the chocolate icing is the most requested.
Thank you!
Janice Marshall
10-19-2022
P.s. In those ovens thin layers baked quicker than thick ones 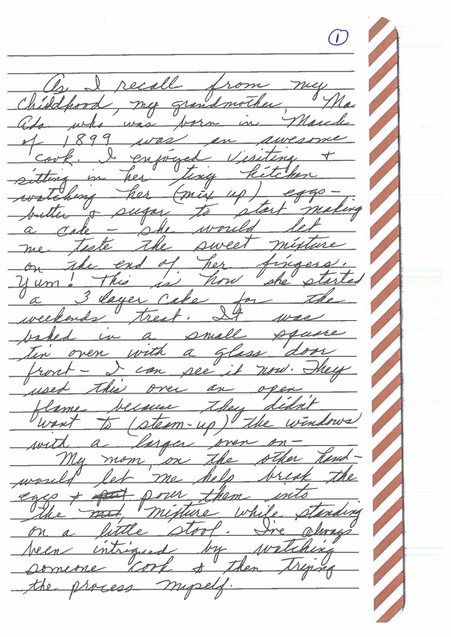 As I recall from my childhood, my grandmother, Ma Ada, who was born in March of 1899 was an awesome cook. I enjoyed visiting and sitting in her tiny kitchen watching her (mix up) eggs, butter, and sugar to start making a cake. She would let me taste the sweet mixture on the end of her fingers. Yum! This is how she started a 3-layer cake for the weekends treat. It was baked in a small square tin over with a glass door front – I can see it now. They use this oven on open flamer because they didn’t want to (steam up) the windows with a larger oven on.
My mom, on the other hand, would let me help break the eggs and pour them into the mixture while standing on a little stool. I’ve always been intrigued by watching someone cook and then trying the process myself. 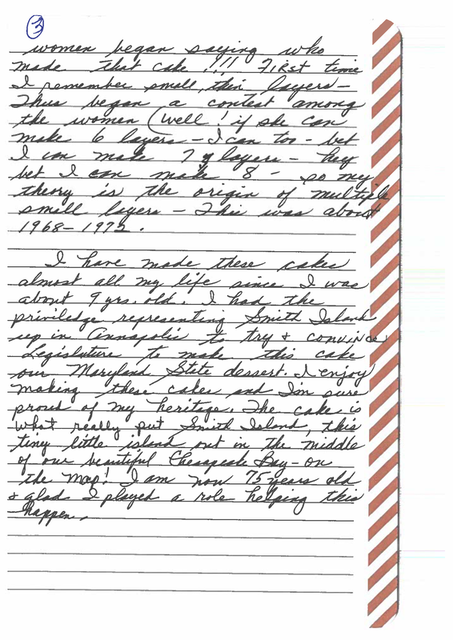 women began saying who made that cake!!! First time I remember small, thin layers. Thus, began a contest among the women “Well, if she can make 6 layers, I can too – bet I can make 8” so my theory is the origin of multiple small layers. This was about 1968-1972.
I have made these cakes almost all my life since I was about 9 years old. I had the privilege representing Smith Island up in Annapolis to try and convince legislature to make this cake our Maryland State Dessert. I enjoy making these cakes and I’m sure proud of my heritage. The cake is what really put Smith Island, this tiny little island out in the middle of our beautiful Chesapeake Bay, on the map! I am now 75 years old and glad I played a role in helping this happen. 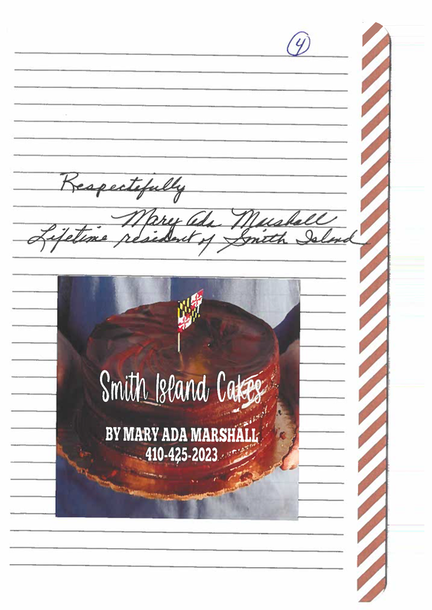