Maryland’s Lower Eastern Shore - a three-county, parallelogram-shaped area bordered by the Atlantic, Chesapeake, Delaware and Virginia – is a place of incomparable 'shore-scapes,' storied spiritual history and culture defined by water.

The region’s economy, once powered by agriculture and fishing, expanded in the twentieth century to include centers of recreation, relaxation and higher education.

With a year-round population of 185,000, the area boasts 1,235 miles of shoreline set against a mostly rural backdrop.

Residents are concentrated in a few jurisdictions, including the state’s only ocean resort, the Salisbury metropolitan region, historic small towns, and islands. 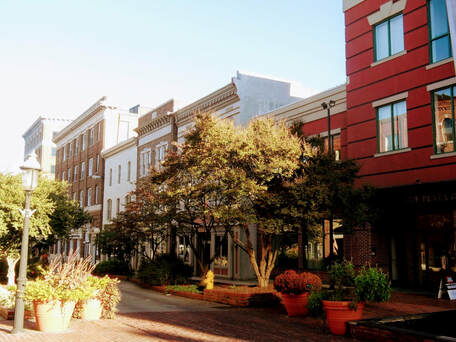 The Beach to Bay  Heritage Area (BTBHA) is one of thirteen state-certified heritage areas.  Through a variety of partnerships with individual citizens, representatives of various organizations, and public agencies, the Beach to Bay Heritage Area works to blend economic development at the local level with the conservation of the area's natural, cultural and historic resources in a regional heritage area approach that will better serve all counties and municipalities on Maryland's Lower Eastern Shore. The Beach to Bay Heritage Area is a grassroots, nonprofit organization whose purpose is to preserve, protect and promote the cultural, natural and historical heritage of Somerset, Wicomico and Worcester counties.

​​The Beach to Bay Heritage Area just underwent a rebranding process with the help of Choptank Communications.  Through the interviewing and surveying of stakeholders in our tri-county area, we have honed our message and tightened our strategy to better serve our region.  We are a regional partner for interpretation, stewardship, and appropriate development of the area's natural, historic and cultural resources. The area municipalities within the lower three counties have amended their comprehensive plans to participate in the certified heritage area plan implementation.
We are guided by our Certified Heritage Area Management Plan, approved by the State of Maryland and Maryland Heritage Area Authority (MHAA).  Operational funding is provided in part by MHAA and through private and public donations. The key goal of the Beach to Bay Heritage Area plan is to stimulate cultural heritage tourism growth and the associated economic benefits,  while preserving and promoting the heritage area through grants projects awards that are in keeping with our mission.

LESHC matching mini–grants program assists heritage-related sites and organizations, and municipalities to develop new and innovative programs, partnerships, exhibits, tours, events, and other initiatives that are consistent with the regional themes and activities in our Certified Management Plan.  We encourage mini-grant proposals that include collaborative partnerships and enhance preservation, the stewardship of historical, cultural and/or natural resources, and heritage tourism.

This is Our Heritage